Courtesy of The Carolina Story.

The University of North Carolina underwent a massive growth in the twentieth century. One of the most prominent, and most polarizing, figures of the first half of that century was Joseph Grégoire de Roulhac Hamilton (August 6, 1878 – November 10, 1961). Known to friends and colleagues as Roulhac, Hamilton was a professor, an author, a traveller, and an archivist. His affection for the South spread beyond his home state of North Carolina and led to his creation of the Southern Historical Collection at the UNC – the world’s largest collection of documents related to southern history.1  His contributions to the university were posthumously rewarded through the naming of Hamilton Hall, the new social science building the university added in 1972. Hamilton is a controversial figure in UNC history. His accomplishments – a Kenan professorship, founding director of the Southern Historical Collection, among others – secured him his place in the landscape of the university he served for over 40 years. However, his attitudes toward race and connection to the Dunning School of history scholarship loom over these accomplishments. Do his contributions to the school outweigh the racism and white supremacy he employed in his works and teaching? This essay aims to address this issue, though only through a surface-level analysis of master’s theses relating to Hamilton, short biographies, and some of Hamilton’s primary works and personal documents. More time and research will need to be done to get a true sense of Hamilton’s position in race relations at the university. This piece, researched over the course of one semester, aims to give an overview of his life and his time at UNC, while leaving room for more work to be conducted on just how deep his views on race went, how much of an effect they had on his teachings, and what impact he had on future generations of UNC students. North Carolina Historical Marker in Hillsborough. Courtesy of The Alliance for Historic Hillsborough

Hamilton was born on August 6, 1878 in Hillsborough, North Carolina, to Daniel Heyward Hamilton, Jr., a Confederate veteran, and Frances Gray Roulhac Hamilton.2 He was descended from prominent North and South Carolinian families – the Grays, Roulhacs and Hamiltons extended throughout the South. He married Mary Cornelia Thompson in 1908, and had two sons.3 He received his undergraduate and Master’s degrees from the University of the South, now known as Sewanee, in Tennessee.

After leaving Sewanee in 1900, he headed to Columbia University to complete his Ph.D. in history.4  While at Columbia he studied under William Dunning, who was one of the most well-known historians of the time.

Dunning’s historical training came from Columbia and Germany. The German Historical School of writing “advocated for a scientific method, which emphasized an orderly research technique to achieve answers, rather than the fulfillment of presupposed theses.”5  Dunning imparted this technique onto his students, who often focused their studies on the history of the Civil War and Reconstruction. His students’ works are known collectively as the Dunning School.6

Hamilton kept in contact with Dunning after leaving Columbia.  He often sought guidance from Dunning, who visited Hamilton in Chapel Hill several times to discuss job offers and to give career advice.7 One of many letters William Dunning wrote to Hamilton. Dated April 11, 1906. Photo by Rebecca Hoffman, courtesy of the Southern Historical Collection.

It is difficult to tell exactly how much of an impact Dunning had on Hamilton’s writing and career, but there are many aspects of Hamilton’s work that fit with the Dunning School.8 Like others members of the Dunning School, his study focused on the Reconstruction-era South.  His dissertation (and first published book) was called Reconstruction in North Carolina, and nearly all of his other published works were focused on that topic. Also in Dunning School fashion, his works portrayed a biased view in favor of the American South. Dunning’s view “of the white southern population,” Matisha H. Wiggs has noted, emphasized “wrongs suffered by the pre-Civil War planter class at the hands of northerners during Reconstruction,” and this influenced his students’ evidence and presentations.9 Hamilton might have received his ideas on race and Reconstruction from Dunning. Whether his white supremacist views came from Dunning or some other source, they were notable throughout his published works. An example from Reconstruction in North Carolina reads:

Called into existence by this state of affairs, the Ku Klux lifted the South from its slough of despond by the application of illegal force which overthrew Reconstruction and ultimately restored political power to the white race . . . Heart had been put into the despairing whites and a revolution had been wrought through its operations, or, to be more exact, the results of a revolution had been overthrown and a form of government, wickedly, illegally, and unconstitutionally imposed upon the people, had come into the hands of the class best fitted to administer government, and the supremacy of the white race and of Anglo-Saxon institutions was secure.10

Hamilton began teaching at the Homer Military Academy in Oxford, NC, in 1901. He later served as the principal of Wilmington High School from 1904-06. He participated in the educational programs of the War Department during World War I, teaching courses on American history.11

After graduating from Columbia in 1906, Hamilton joined the faculty at UNC to be the first professor in the newly created Department of History. Other schools, including Cornell, later recruited Hamilton but he remained throughout his career in North Carolina.12 He mainly taught classes on Southern history, but was available to teach across the history curriculum during his tenure as a professor. According to Carl Pegg, one of Hamilton’s students who later became head of the Department of History,

[Hamilton] made it clear even to undergraduates that he felt that the southern region had suffered culturally and politically because its records had not been preserved nearly as well as those of the North, and that this was in great part the reason why Northerners had written most of the history books and why the South had not been give full credit for what it had done in the building of the nation.13

While students like Pegg appreciated Hamilton’s teaching and ideas, others, like C. Vann Woodward, took umbrage at the opinions Hamilton shared in classes about the worth and abilities of African Americans.14 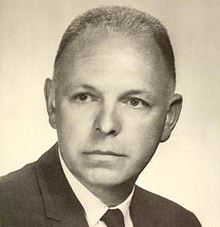 In 1920, Hamilton was awarded the Kenan Professorship in History and Government.15  He was one of the first professors to be endowed with this prestigious award, and John Herbert Roper Sr. noted that “it was Hamilton who showed all of [the other professors] how to be professional scholars on the national as well as the regional scenes.”16 J. Carlyle Sitterson, who was UNC Chapel Hill’s Chancellor from 1966-1972 and a history professor alongside Hamilton during the 1930s, stated in his short biography of Hamilton that he “was an imaginative, dynamic, and stimulating teacher, and many of his former students who attained distinction as professional historians, lawyers, journalists, and public officials readily acknowledged his influence.”17

While he was an effective and passionate teacher, Hamilton’s true passion was collecting manuscripts and documents related to Southern history. This perhaps stemmed from his time with William Dunning, who once stated: “Nothing so delights me as getting right at the making of history through the papers of its makers.”18

In 1908, Hamilton started taking short collecting trips, but did not embark on his first official trip until 1927.19  The Institute for Social Science Research, created by sociologist Howard W. Odum, received a Rockefeller grant in 1924 which helped fund Hamilton’s quest throughout North Carolina.20  Kenneth C. Frazer, a government and political science professor, also went on a trip to his home state of Alabama during this time on Hamilton’s request. Both returned with a considerable amount of relevant documents. These two trips showed Hamilton just how many historical documents people were willing to donate to his cause – from both in and outside of North Carolina.

Louis Round Wilson Library at UNC, in which the Southern Historical Collection is housed. Courtesy of Wikipedia. Plaque near the entrance of Hamilton Hall. Courtesy of Rebecca Hoffman.

Hamilton Hall was built between 1968 and 1972. Due to Odum’s creation of the Institute for Social Sciences Research, the university was in need of a place to house its social science departments: political science, history, and sociology. The building was first requested and approved in 1967.  It contains a 450-seat auditorium; faculty, staff and administrative offices; seminar rooms; a reading room; a lounge; and study areas for the Departments of Sociology, History and Political Science, plus a campus mail center in the basement. It was funded through a 1967 Legislative Appropriation of $2,280,000, with a final cost of $2,247,551.25

Image of Hamilton Hall. Courtesy of The Carolina Story.

The building was designed in the brutalism style of architecture.  Some key features of brutalism include exposed concrete, a heavy, blocky appearance to highlight the sculptural aspects of concrete and windows and doors that appear as voids in the concrete.26

The building is still home to the social sciences, as well as the newer peace, war and defense (PWAD) curriculum. Satirical article by Jim Becker in The Daily Tar Heel on August 31, 1972.

Hamilton’s views on race and white supremacy were known to the faculty and students at the time the building was dedicated. A satirical article in the Daily Tar Heel from August 31, 1972 about the naming of the new social sciences building acknowledged Hamilton’s association with the Dunning school. “A member of the History Department pointed out that James G. de Roulhac Hamilton [sic] was a follower of William A. Dunning and the ‘Dunning school’ was best known for its anti-Negro view of Reconstruction. He claimed that the theories of Dunning and Hamilton had been discredited, and that many historians now call Hamilton a racist. Everyone agreed that Hamilton Hall was the best name for the new building.”27

This essay is not meant to be a definitive account of Hamilton’s impact on the university as there is still plenty of research and analysis to be done.  One topic that is would be especially interesting to research is the reaction to the naming of Hamilton Hall.  The Daily Tar Heel article from above lets us know that students and community members were aware of Hamilton’s white supremacist views, but was there a backlash?  Did students protest?

This question becomes especially relevant when put it in the context of the renaming of Carolina Hall.  Was Hamilton just as bad as Saunders, for whom the building was formerly named?  Do Hamilton’s writings and teachings warrant Hamilton Hall a name change, or do his contributions to the university (both as a professor and director of the Southern Historical Collection) outweigh his controversial views about race?  What does having a building named after a man such as Hamilton — a building in which the History department itself is based —  say about UNC and its own history?

As a white person who has not been very involved in the discussion about institutionalized racism at Carolina, it is not my place to provide an answer to these questions.  I encourage more students to delve deeper into the archives and texts to provide more information and perspectives on Hamilton and the rest of the names on the built landscape of the university.