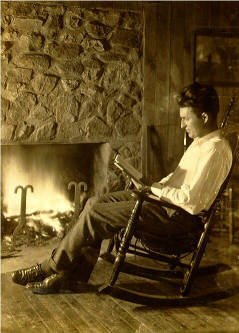 Other Relationships: Professor of Philosophy, Playright

Paul Green (3/17/1894- 5/4/1989) studied playwrights at UNC, taking time off to volunteer with British engineers during World War I. After returning to UNC as faculty, he wrote notable plays such as In Abrahams Bosom, a work that targeted the tragedy of racism, and The Lost Colony, the longest running outdoor drama in America. Much of his work featured African-Americans, matching his progressive mission that he maintained throughout his work. The Paul Green Theatre is now home to the mainstage productions at UNC.